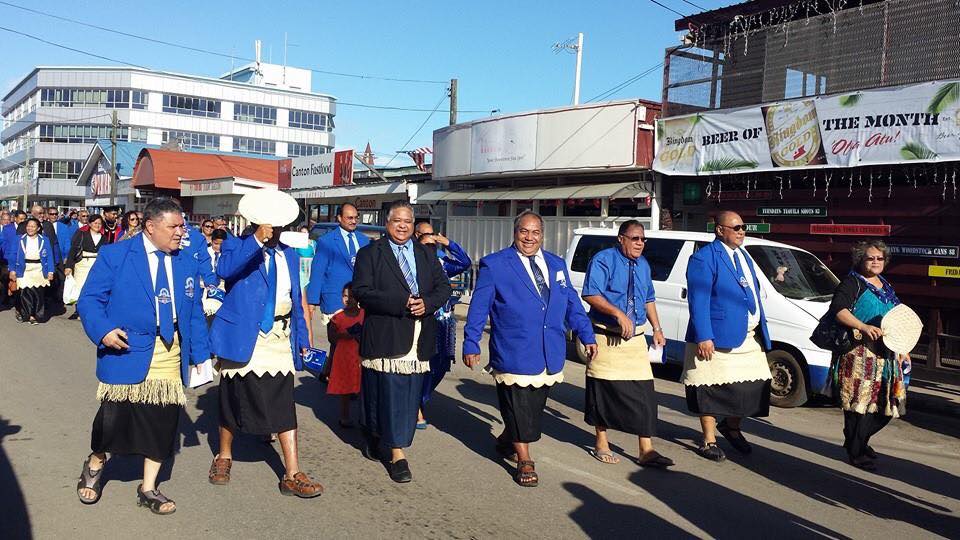 Thousands of old boys from throughout Tonga and abroad gathered to celebrate Tupou College Toloa's 150th Anniversary on June 17-24... 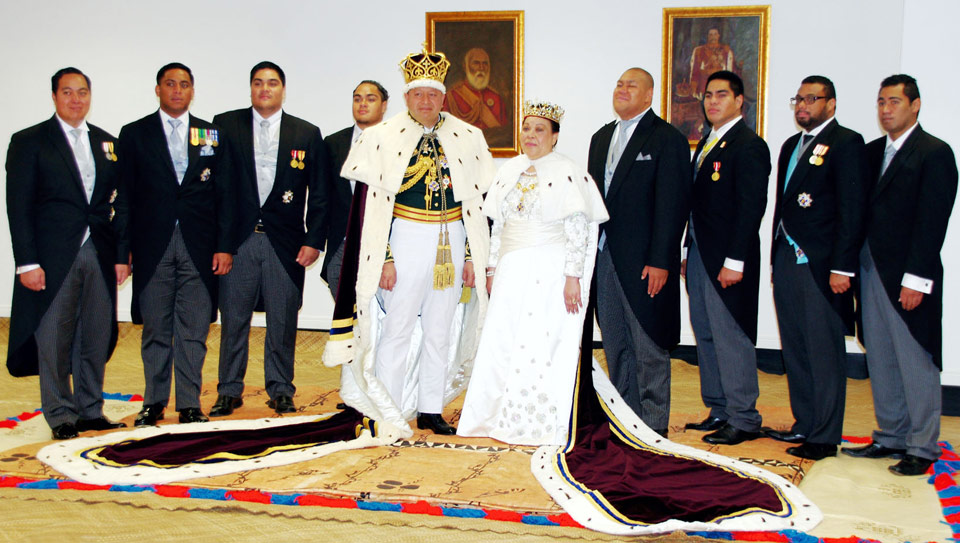 Tonga celebrates the Coronation of Their Majesties King Tupou VI and Queen Nanasipau’u with feasting, dancing and colourful celebrations following their crowning at the Coronation Service here in Nuku’alofa on Saturday, July 4...

06th July 2015 Tonga continues to celebrate the Coronation of Their Majesties King Tupou VI and Queen Nanasipau’u with feasting, dancing and colourful celebrations following their crowning at the Coronation Service here in Nuku’alofa on Saturday, July 4.

That was followed by a Coronation Dinner at the Masefield Naval Base at Touliki, in Ma’ufanga on Saturday night.

On Sunday, Her Royal Highness Princess Angelika Latufuipeka Tuku’aho, Their Majesties eldest child and only daughter, hosted Their Majesties and guests at The Villa in Matakieua, following the Thanksgiving Service at the Centenary Church Saione in the Old Village or Kolomotu’a.

Today Prime Minister Hon Samiuela ‘Akilisi Pohiva, the members of Cabinet and the Government of Tonga hosted the luncheon for Their Majesties and guests at Pangai Lahi.

That event included school students from schools on Tongatapu having the chance to be part of the program – and lit up Nuku’alofa and the surrounding three islands.

That was followed by the Firework Display program, which attracted thousands to the waterfront. The Military Parade started off the day today, with members of His Majesty’s Armed Forces putting on a display at Pangai Lahi in honour of their Commander-in-Chief. His Majesty King Tupou VI was also able to inspect the Guard of Honour.

The combined bands of His Majesty’s Armed Forces, the New Zealand Armed Forces and the United States of America Marines provided the music during the event.

Her Majesty the Queen Mother, Queen Halaevalu Mata’aho and other members of the Royal Family also attended this morning’s event.

The combined military forces will also put on the Military Tattoo this evening for Their Majesties at Pangai Lahi and on Tuesday evening before His Royal Highness Crown Prince Tupouto’a Ulukalala. At the Government-hosted luncheon today, Hon Prime Minister Pohiva told Their Majesties and guests that the Government of Tonga was happy to be able to host the event. He said Government wishes Their Majesties good health and a blessed rulership as they lead the Kingdom of Tonga into the future.

Tupou College Toloa celebrated its 150th Anniversary on June 17-24 with events that brought together thousands of old boys from throughout Tonga and abroad.

A special public holiday was held on 22 June in Tonga to commemorate the event.